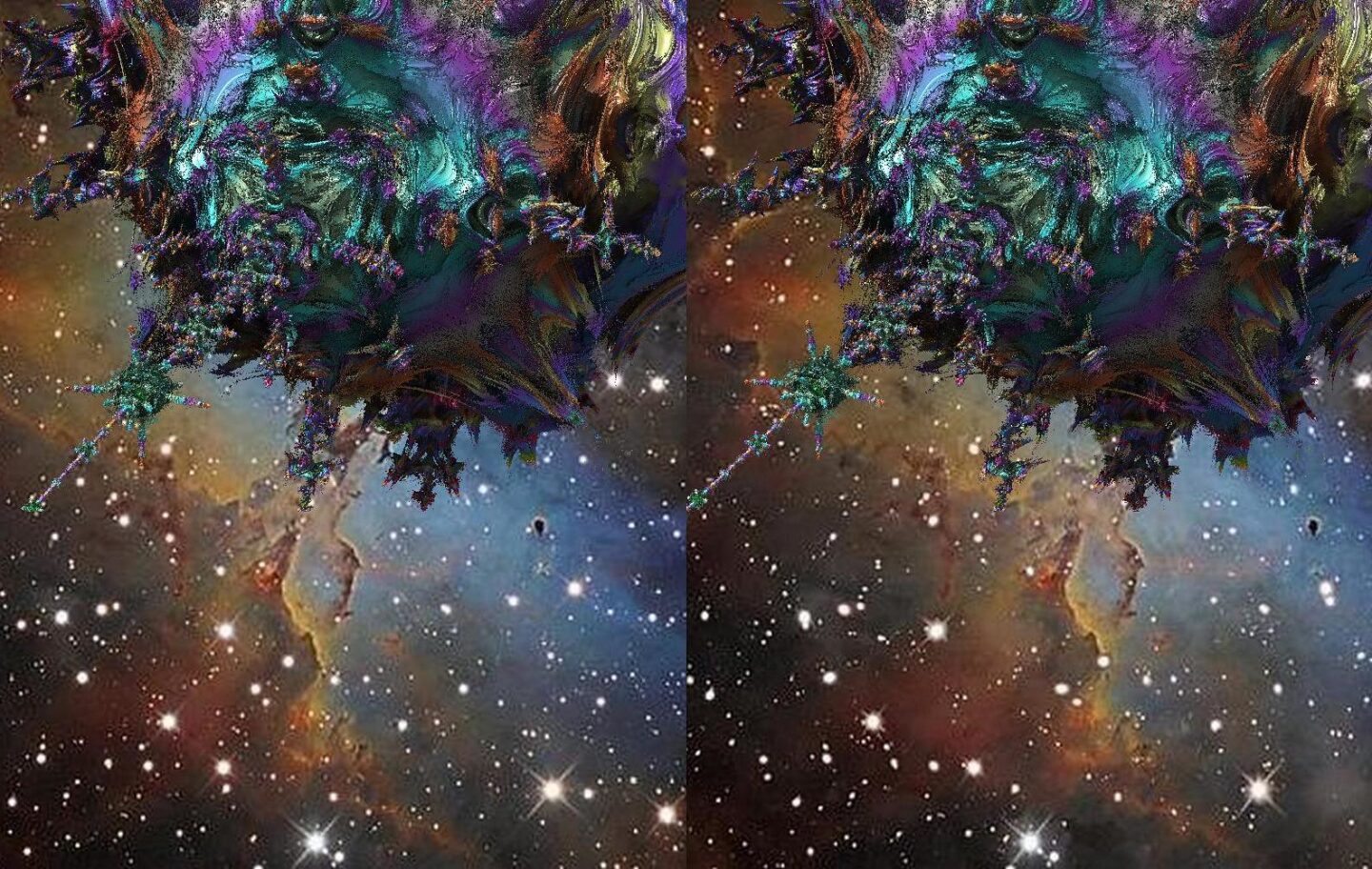 I’ve often looked back at my life and marveled that momentous events in my personal life have so often paralleled national tragedies, leaving me feeling like I am on the outside looking in, not fully participating in the collective shock or mourning that binds my friends and coworkers together. I was living in Norman, Oklahoma, thirty miles from Oklahoma City, at the time of the Oklahoma City bombing in 1995; my house actually shook from the blast. Shortly after that friends started calling, asking if I had heard the news. I hadn’t. April 1995 was less than a year after my husband had died, and I was dealing with the grief of his loss and the strain of raising two children alone. My oldest son had begun to show signs of the severe mental illness that would plague him for the rest of his life, and my energy was sapped by constant late-night crises and trips to therapists where I was repeatedly told that his problems were a simple grief reaction to his father’s death. I heard the news of the bombing with a numbness that I now recognize as shell-shock, an inability to process anymore tragedy. I participated in fund raisers for victims with my friends; I joined in candlelit vigils and community prayer services, but it all felt as if I were simply watching a theatrical performance. The events in my own household formed the trauma that gripped my attention, the outside tragedy present but at the same time removed. I simply did not have the emotional energy to take on another’s pain.

Six years later on September 11, 2001 I came home from work to be greeted by my middle-school-aged daughter telling me the Twin Towers had been attacked. I remember not processing her words. None of the news had penetrated to my office at work, and again, I found myself looking out at the world from a window clouded by personal stresses that left little room for anything else. By this time my son was almost 19 and had been bouncing back and forth between progressively more severe bouts of mania and depression for over a year. A few weeks before the attack on the Twin Towers we had been forced to have him removed from our home. He had refused treatment, something he now legally could do since he was over the age of eighteen, and he was living in an apartment with a roommate, refusing to take his medications, and alternating between angry outbursts and fits of depression that demanded medical intervention. However, because of his age, we were repeatedly advised that no legal means existed to force him into treatment. Once again, I watched my friends and coworkers respond with horror and outrage while I expressed similar sentiments, knowing that for me the real horror was the horror of seeing my brilliant, kind, funny child deteriorating into someone none of us knew or could reach.

Now we are all living in the world of COVID-19. Because of the length of time that this has persisted, I am now beginning to process the horrors of the daily death tolls, the constantly-climbing numbers of infections, the frustrations of lockdowns and shortages, the fear that life may never return to anything even remotely resembling the life we called normal such a short time ago. However, at the beginning of the COVID era for the United States, I once again was living an alternate reality. At dinner on February 28 two close friends told my husband and me that they had cancelled their Spring Break trip to France. When I asked why, they responded with wonder, “The virus!” I replied, “Oh!” and remember thinking “Well, I guess that makes sense.” I was not following the political persuasion of some of the country, blindly putting faith in a national leader’s disdain for the virus that would soon consume all our focus. I was still reeling from the experience of the Friday evening two weeks before when my husband and I had returned home to find that my son, the child who had suffered so much from the death of his father at age 11 to the time that he was 31 and had then, after finally accepting some of his mental health diagnoses, had begun to take medication regularly; had become successfully employed; had fathered four children; and had functioned as a successful, proud, loving father for five years, had taken his life during the night, overcome by a return of the depression with which he had struggled for so long.

We had watched him gradually sinking farther and farther from us after he and his children’s mother had become estranged eighteen months before, the result of her own untreated depression. He had rebuffed repeated pleas to seek help, having been warned by his attorney that to admit to mental illness would mean losing his children. When he finally did seek help, help was ineffective or unavailable; shortages of hospital beds, long waiting lists for psychiatric treatment and therapy placements, and emergency room doctors who signed off on quick release all compounded, leaving him hopeless and alone. The numbness and shock of his death, the anger at a system that fails to recognize mental illness as a genuine health emergency and provide effective treatment, the fury aimed at the self-righteous who assume that admitting to being troubled by mental illness or having a family member affected by mental illness somehow lessens the person’s value again overwhelmed my ability to process the pain and shock of a world literally turned upside down as I moved into the new but not normal world of closed businesses, shortages of household items, remote workplaces, and social distancing.

As I have become more accustomed to life in the world in which we find ourselves today, I am finding that my anger at my son’s needless death has not lessened, nor do I want the anger to lessen. This worldwide catastrophe, spiraling out of control in our country even as some sections begin to “reopen,” has crystalized so many of the social injustices which too many of us have come to accept because to attempt to deal with them has come to seem impossible. Why do we accept “essential workers” in grocery stores and pharmacies and gas stations and at bank windows receiving pay that leaves many of them living at or below the poverty level? Why do we accept lack of paid leave for these same workers as an acceptable condition of their employment? Why has it taken a pandemic the likes of which we have not seen in a century to wake us as a nation to the woeful condition of our healthcare system, particularly our “system” of mental health care?

Why do we find it unacceptable that hospitals may run out of beds to treat victims of COVID-19 yet fail to even notice when mental health care units in our community do not have enough beds to meet the need? Yes, this happened to my son a week before his death when he was transported thirty miles away because of a shortage of beds in the psychiatric ward. Why do we scream at the lack of testing for COVID-19 but not blink an eye when a husband and father referred for Dialectical Behavioral Therapy and told that this is the treatment most likely to help him return to being the fully functioning person he was a few short months before is also told that only one program, with a waiting list of six to eight weeks for new patients, exists in his locale? Again, this news accompanied my son’s late-December psychiatric admission; the frustration of trying to access treatment when it was not available exacerbated the depression that had caused the admission in the first place. Why do we fume at the lack of ventilators and become enraged when it is suggested that they are too expensive to use for all who may need them yet not question when newer, more effective but outrageously expensive psychiatric medications are not covered by many insurance policies, even Medicare? My son lived this, borrowing money in order to afford the cost of the prescriptions. Why do we insist that workers exposed to COVID-19 self-isolate until they are symptom-free in order to protect themselves and others but accept the scores of mentally ill residents of every community in our country who live on the streets or are jailed based on actions resulting from their conditions, somehow equating their conditions to the results of a personal choice? COVID-19 has forced us to recognize the inequities and inadequacies in our health care system as far as dealing with infectious disease, but we still refuse to even discuss the inequities and inadequacies in our entire approach to mental health treatment.

My son’s death resulted from depression triggered by the stress of the loss of a relationship, a tragedy shared by many families but seldom discussed because society views suicide as a sign of the victim’s weakness and evidence of the family’s failure. In contrast, the person whose blood pressure skyrockets after exposure to stress, and who dies from a resulting stroke, is mourned as the victim of a tragic misfortune. Just two weeks ago we read the story of a doctor who took her life as the result of depression triggered by her inability to stem the tide of the virus. Her family made the point that she was just as much a victim of COVID-19 as the patients she treated. However, we continue to publicize the names and stories of those who fall victim to the virus directly, but not the names of victims whose mental health conditions trigger reactions resulting from the stress of dealing with this strange new world. We still see mental illness as a weakness of will, not as a function of brain chemistry. One person’s physiology is geared through his or her DNA to respond to an overdose of stress with a physical malfunction; another’s DNA programs a stress-triggered mental health reaction. Just as the 90,000 plus deaths from COVID-19 could have been prevented to a large extent if we had had a stronger, more universal, more effectively-functioning system for dealing with physical illness, so could the thousands of lives lost every year to substance abuse disorders and suicide be prevented if we insisted on treating the conditions as the physical disorders they are, with up-to-date, accessible, and affordable diagnoses, medications, and therapies. I pray that as we emerge from the lockdowns to move back to some semblance of a life we can call normal, we demand better health care for all, and that with that, we include not just “access” to mental health care but effective and affordable mental health care for all.

This work by Anonymous is licensed under a Creative Commons CC-BY-NC-ND Attribution-NonCommercial-NoDerivs 4.0 International License.